On the coast of Padang Bay and Candidasa are beautiful reefs, alltough we have to take currents into account. As a result of that currents we have a chance to find bigger fish such as: whitetip reef sharks, eagle rays and mola mola’s. You will also find lots of fish in large schools at the healthy beautiful coral reefs . 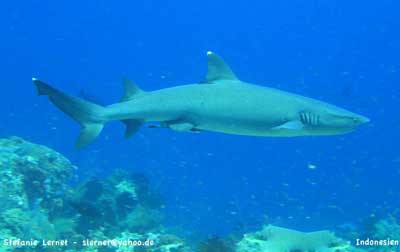 Blue Lagoon is a bay on the coast of Padang Bay. From the port of Padang Bay a 10 minute boat ride to the sandy slope with many coral blocks. Often turtles and whitetip reefsharks are seen. Also the crocodilefish is regularly spotted on the sandy bottom. An excellent dive site for beginners because there is little current in the bay. With the more experienced divers we can continue swimming out of the bay to spot in the larger fish in the current.

Gili Tepekong and Gili Mimpang are two rock formations around 15 minutes boat ride from the coast of Candidasa. The dive sites are known for the strong currents, so it must be taken into account the tide tables. These dive sites are for advanced divers. Beautiful coral encrusted rock formations make for a fantastic underwater landscape. In season, from July till October, we even spotted here mola mola or manta rays. Furthermore, there are many schools of tuna and mackerel as well whitetip reefsharks and eagle rays. Spectacular diving spots! 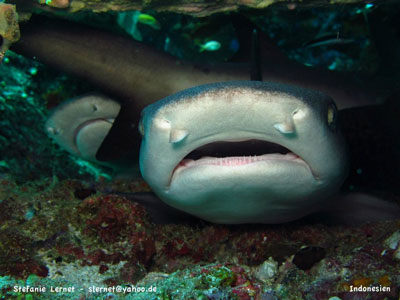 Also a rock formation off the coast of Candidasa. Gili Biaha has an underwater cave where regular whitetip reef sharks are spotted resting. The cave is at 7 meters depth and is only accessible when the waves permit. The steep wall around the rock is covered with small corals and is packed with special nudibranches.

The most easterly point of the island of Bali is Gili Selang. Gili Selang actually has two dive sites: the sheltered bay on the north-west side with a beautiful shallow coral garden, and the south side with a steep wall. The strong currents here provides some adventure. It is a dynamic dive with mostly large fish such as whitetip reef sharks and huge tuna.