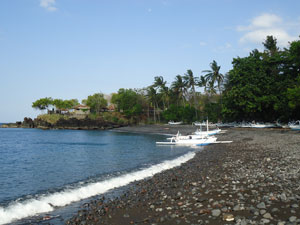 Tulamben is Bali Dive Quest’s house reef. The reefs of Tulamben, Amed and Kubu are sheltered in a bay. These have only moderate influence of tidal currents. This makes these areas suitable for all levels. The bottom is covered with black lava sand and lava rocks from the volcano Gunung Agung, which erupted in 1963. In this area you can find everything: steep walls, beautiful coral reefs, a great diversity of fish, but also reefsharks, turtles and amazing macro critters . There are also several wrecks including the popular Liberty Wreck. You can dive from the beach but it is also possible to explore dive sites outside the bay with a “jukung” (name of the local fishing boats) 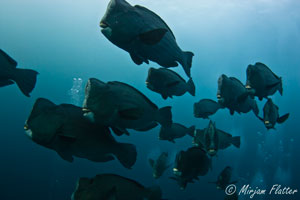 This 125 meter long wreck lies just 30 meters of the coast at a depth ranging from 4 to 28 meters. The USS Liberty ship was torpedoed in World War II by a Japanese submarine in the Strait of Lombok. The ship was towed to the coast of Tulamben and was parked on the beach until volcano Gunung Agung erupted in 1963, the lava flow slides the ship back into the water. The wreck is now completely covered with beautiful corals: black corals, gorgonians, sponges, and more hard and soft corals. Additionally you will find many schools small and large fish like fusiliers, sweetlips, mackerels and more. The Napoleon and the great barracuda are regular visitors. Also on macro like the pygmy seahorse, ghost pipefish and beautifully colored nudibranches is no lack. In addition to the amazing night dives is it also spectacular diving in the early morning. The large herd bumphead parrot fish who sleeps at night in the wreck are leaving at sunrise. 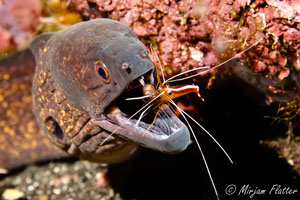 Coral Garden is a flat reef of 3 to 15 meters deep, which is covered with beautiful hard and soft corals. It is inhabited by many reef fish and blacktip reef sharks are regularly spotted. There is also a wide variety of shrimp and other critters, and you will find several cleaning stations where morays, groupers and other reef inhabitants come by to get cleaned by many cleaner shrimps and small perch. Coral Garden is a great location for night dives, often we spotted the beautiful spanish dancer and various species of crabs.

This cliff was formed by lava after the eruption of the volcano Gunung Agung in 1963. The wall is covered with beautiful hard and soft corals. A good location for deep diving. 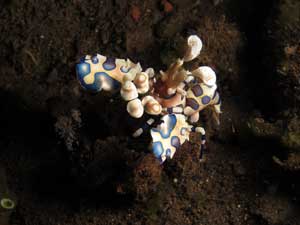 This large sandy area with its many small corals is a good place for critters and macro, such as frogfish, special crabs and nudibranche, harlequin shrimp, ghost pipefish and much more. With the changing of the seasons the range of critters changed as well. This creates surprising diversity! 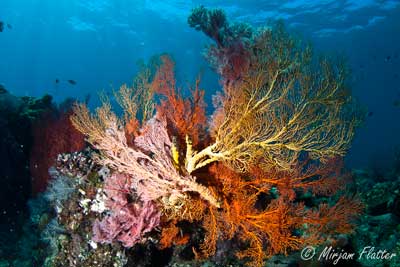 With several artificial reefs, Seraya is a very popular diving spot for macro photographers. In addition to the wide variety of critters are large schools of barracuda and batfish regularly seen.

This bay has a whopping three diving spots: a steep wall which is accessible with a jukung, a flat reef that is accessible from the beach, and a reef where you can make a drift dive from a jukung. In addition to large schools of fish, sharks and turtles are regularly seen. The reefs are covered with beautiful hard and soft corals. 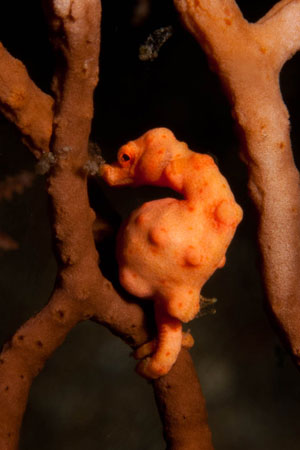 This Japanese fishing boat lies at a depth of 2 to 12 meters. The wreck is beautifully covered with soft corals, and for finding nudibranches in all shapes, colors and sizes, this is a haven! The dive begins at the surrounding reef and ends at the wreck.

An artificial reef and ‘the macro dive spot’ in Amed to see critters. Great spot for photographers!

The house reef of Relax Bali resort. This dive site consists of two reefs, one left and one right. The reefs are full and beautifully overgrown with hard and soft corals, huge vase corals and gorgonians. In addition to large quantities of fish we often see whitetip reef sharks, Napoleon, eagle rays, and  sometimes a herd bump head parrot fish coming by!

This wreck was sunk in 2012, thus still fairly new. The wreck is wonderfully decorated, for example they put in a car wreck. Also, the wreck is made for easy access and exit. The corals are beginning to grow and attracts more and more marinelife to the wreck.